The Oasis Program looks at the role of thousands of turtles in their open ocean ecosystem, acting like small biomass aggregating devices. By studying the habitat use of these turtles out in the open ocean we aim at developing mitigation measures for the risks of bycatch and vessel strike.

FADs are “Fish Aggregating Devices”, a tool used in industrial tuna fisheries that comes from ancestral artisanal fisheries developed by the first human navigators and castaways. Any floating object in the open ocean, a raft, a log, seaweed or a turtle near the surface, becomes the substrate for algae and a great variety of invertebrate species. Often detected by a bird resting atop, basking sea turtles aggregate a cloud of small pelagic fish that gradually builds into a bait-ball for top predators as dolphins, tunas or sharks.

In the open ocean, many small pelagic critters drift around and need to find a substrate in order to survive, grow and reproduce.

How turtles interact with the species around them, how they are affected by oceanographic parameters, can give us key information for developing technological measures to reduce certain risks as bycatch in fisheries. Looking at turtle's sensory biology, and mainly studying how they respond to noise and light stimuli are some of the main questions that we focus on in the Oasis program, to look also at potential measures that can reduce also other important risks as that of vessel strikes. 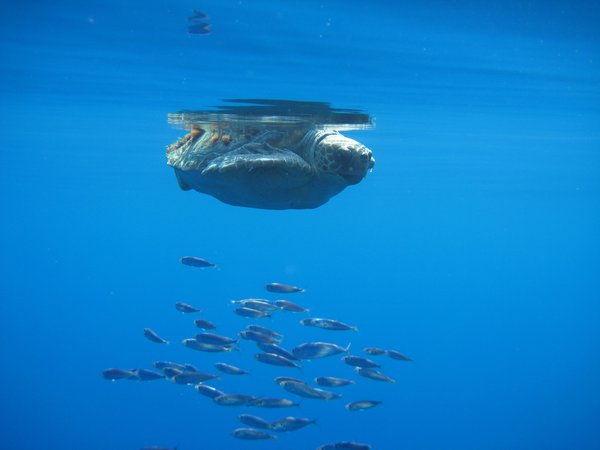 A loggerhead turtle’s metabolism is optimal at water temperatures of around 18 degrees Celsius. In vast open oceans turtles will tend to aggregate throughout areas of such temperatures, but in regions as the Mediterranean turtles can be found in areas of much colder or much warmer water.

In the Algero-balearic basin loggerhead turtles are found year-round. Here, the habitat use and behavior of these animals follows a seasonal pattern determined by water temperature and its effect on metabolic rate. Understanding the effects of temperature is essential for the management of bycatch and vessel strike risk. During warmer months, between May and September, the risk of bycatch and vessel strikes is probably higher, since turtles in the oceanic phase are more active and stay longer periods basking at the surface. 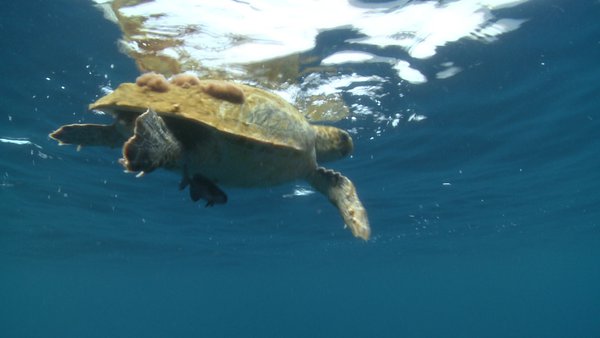 Metabolic rate and habitat use will in turn determine how many and which companions will be on, or under, or on top of the turtle. In the Mediterranean, at the end of winter, turtles covered in algae and invertebrates allow seabirds and fish to clean them as warmer waters gradually “wake up” the turtle.

Can we install warning systems on fast vessels to avoid turtles being struck? This is one of the lines of research in the Oasis Program. In order to look at this question, we are replicating some behavioural response experiments conducted with captive turtles in the open ocean. Not an easy task.

What do turtles feed on during their juvenile and sub adult oceanic stages? What role do turtles play in the open ocean food-web? 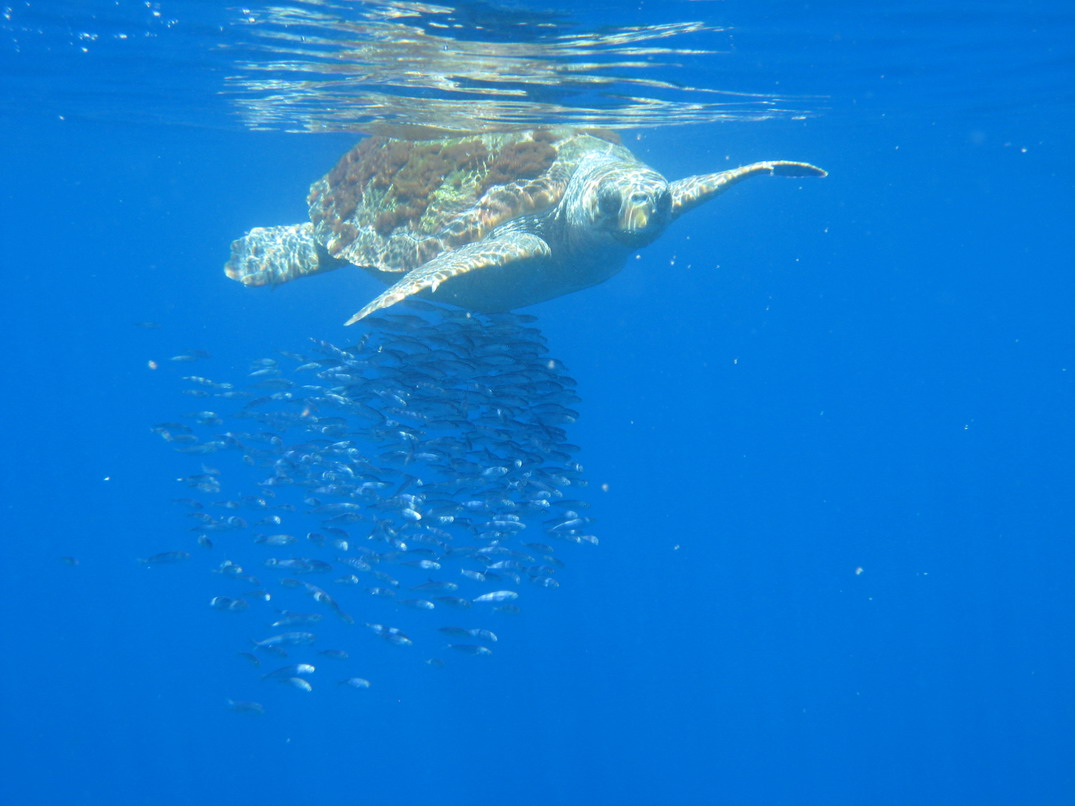 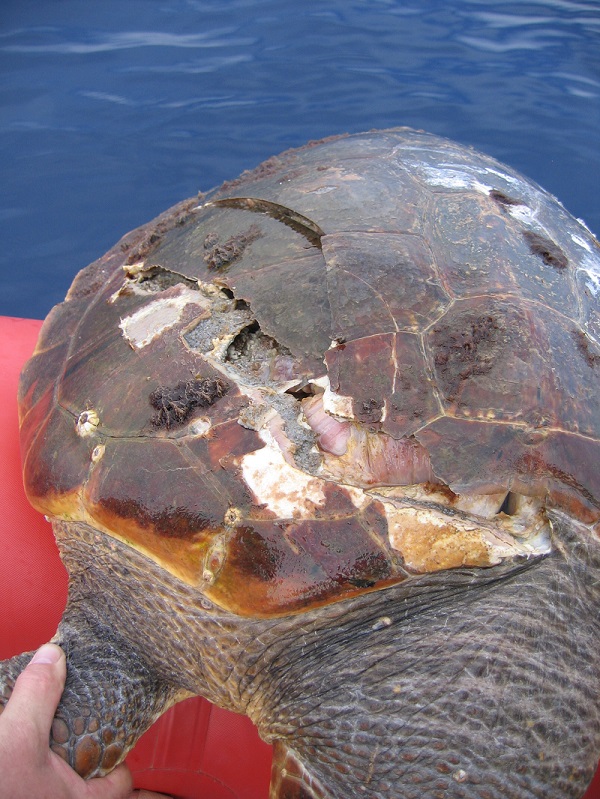 In our studies to find solutions, SOCIB provides us with oceanographic data to better understand the oceanic phase of turtles, looking into the details of their movements and diving behaviour.

Now in the OASIS Program, providing SOCIB with the data they collect with their satellite transmitters. When we deploy a satellite tag, National Geographic Crittercam or VHF tag, our turtles become “living gliders”. Every time the turtles surface to breath or bask, their tag transmits a signal via satellite to SOCIB and ALNITAK, with information on where they are, how deep they are diving, and what temperatures there are at different depths.

UNDERSTANDING TURTLE HABITAT USE
Data from SOCIB allows us to: